A driving tour of stunning overlooks, beautiful waterfalls, and amazing food and drink

A GUIDE TO EXPLORING THE CUMBERLAND RIVER BASIN 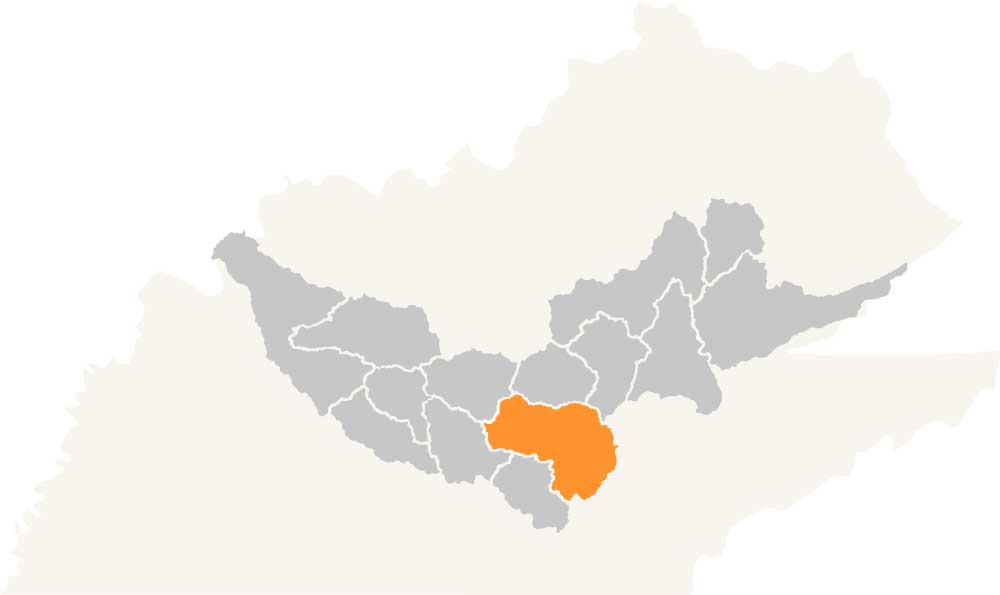 There is so very much to see in Sparta and White County that one cannot possibly see it all in one day, but this road trip is a fine place to start. We’ve got lodging and food covered as well as some of the best places to capture a unique photo or just relax amid the beauty of nature. If you want to follow along on Google Maps, turn on the GPS on your cell phone and follow this link.

Rest your head (and paddle) at the Happy Yaker 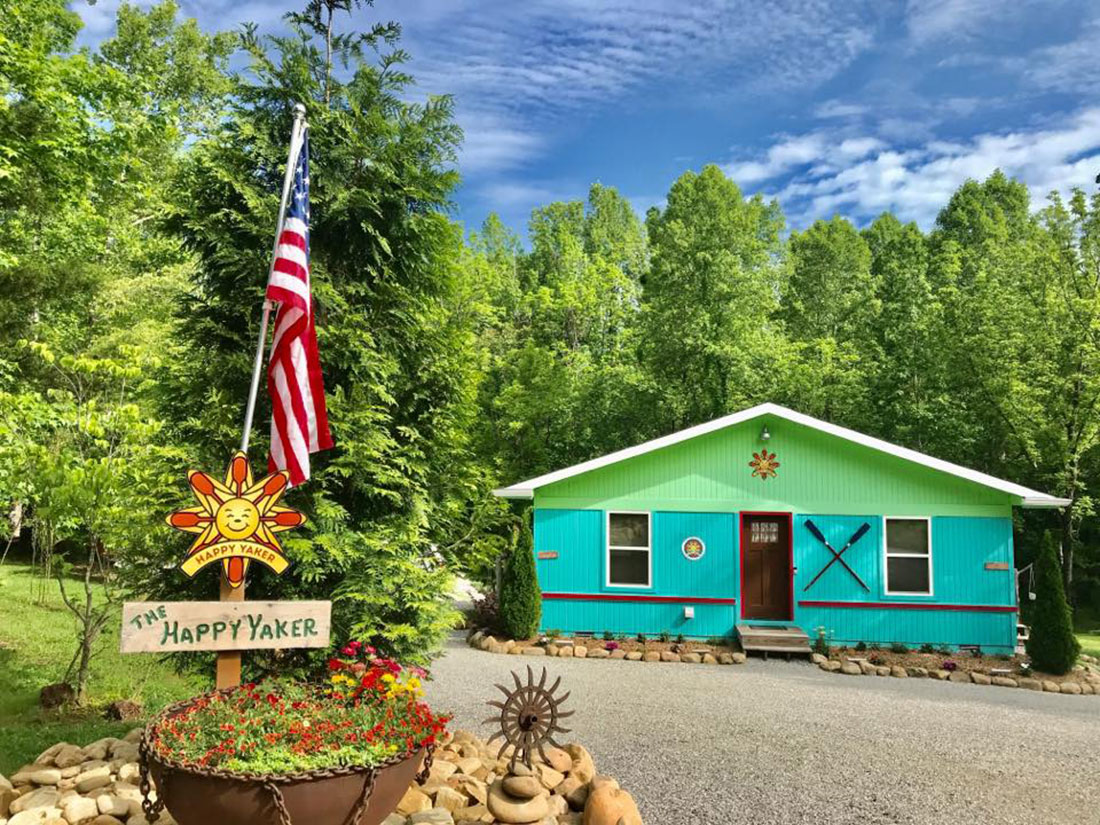 These brightly colored, unique cabins are nestled right off the highway and walking distance to Foglight Foodhouse. The owners, John and Leighsa Binkley, saw the need for the whitewater kayakers coming from states all over the US to catch the Rock Island waterfalls; people were even sleeping in their cars waiting for the river to swell to make their best run. John saw an opportunity and built the cabins and much of the furniture by hand in each cabin. Firepits and abandoned railroad tracks create a relaxing and whimsical atmosphere perfect for cozying by a fire after a delicious dinner. 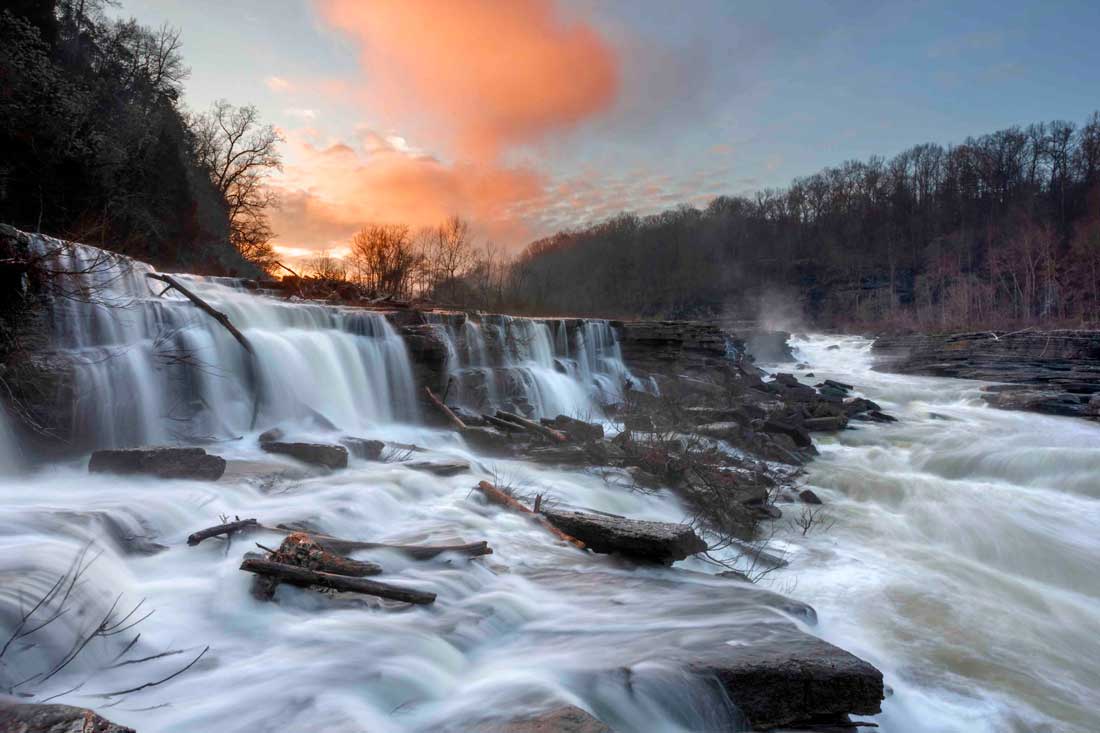 Drive down the road and catch some waterfalls at sunrise.

Twin Falls was named the Most Beautiful Place in the State, and you’ll see why. It is by volume, the largest waterfall in Tennessee. This unique waterfall is a result of the Collins River flowing through the ridge via caves and spilling into the Caney Fork River. The Downstream Trail takes you further down to the Blue Hole where whitewater kayakers often practice their skills, tumbling off the rock cliffs. A fork in the trail veers to right up the hill. This short trek is worth it to explore a Little Falls, a rock shelter, natural arch, and travertine waterfall. The Downstream Trail makes a lollipop with one side continuing to follow the Caney Fork. Wildlife, wildflowers, and fungi make a delightful trip for plant enthusiasts and children.

Upstream from the parking area is a cliffside trail which leads past many waterfalls as the Caney Fork carves its way through the bedrock. Great Falls, Lower Great Falls, and Ice Hole Falls are all along this trail. Great Falls has been home to the World Kayak Championships. It is not uncommon to catch professional kayakers from all over practicing their tricks. In fact, the owner of Jackson Kayak, Eric Jackson calls Rock Island his home so he can be close to the action at all times. 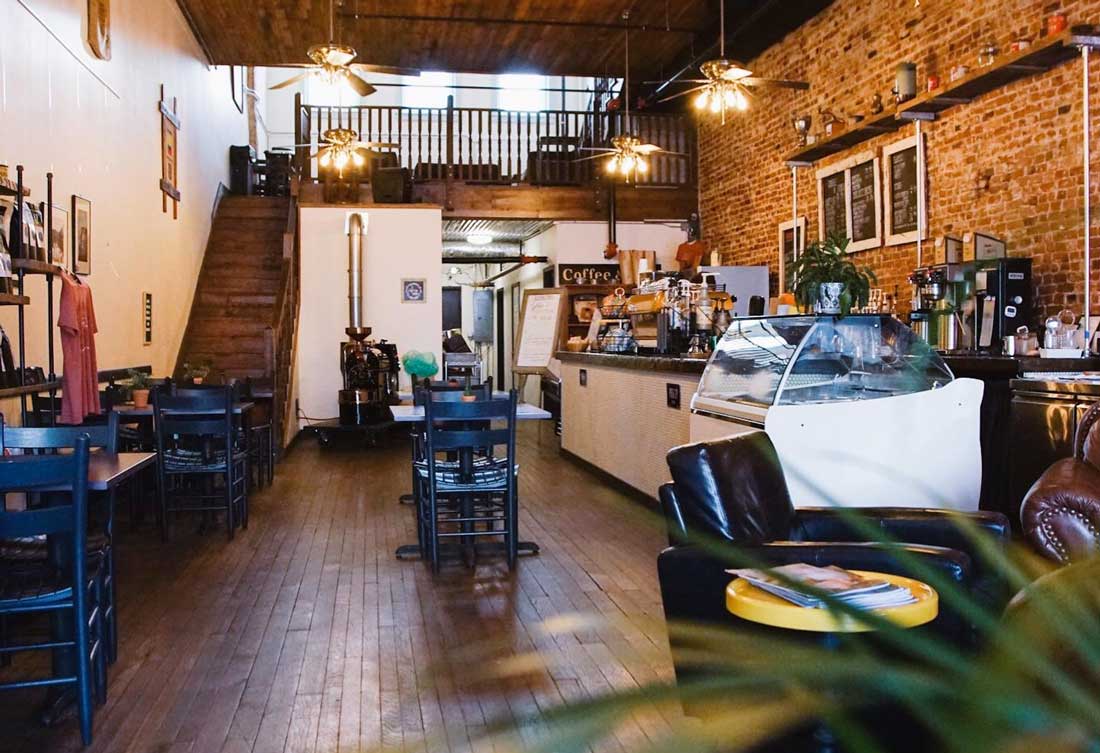 After that sunrise hike, how does breakfast sound? Head to the Coffee Collective in Sparta. I recommend that you ask for a pour over and a egg & bacon with tomato, spinach, and smoked provolone on an everything bagel.
Take your time and relax for a moment and take in your surroundings. Nearby places on the square mentioned in Sparta Day Trip – Artisan Aficionado may pique your interest. 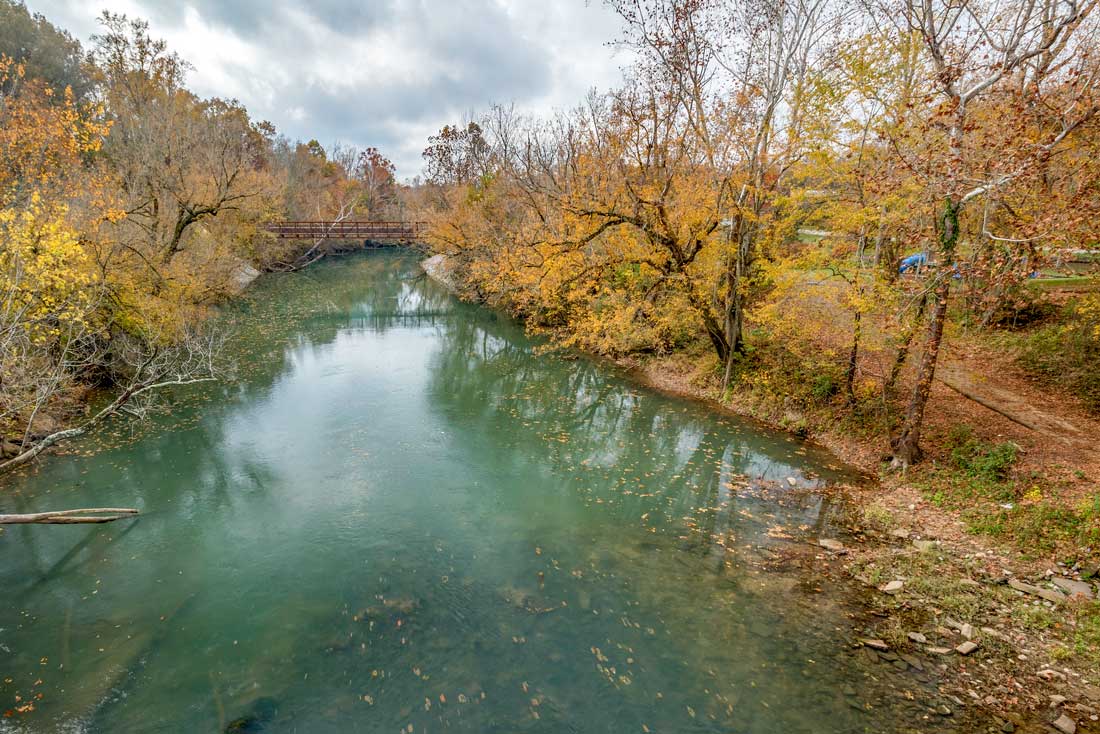 Afterward, explore the Calfkiller River that flows through downtown, yet yields peace and quiet along the way. The Calfkiller is a tributary of the Caney Fork River and is named for an Native American chief named Pathkiller, whose name was misunderstood by early settlers. This river features plenty of places to put in around town, including at South Carter Street Park. No worries about needing a second vehicle. This river is calm, so paddling upstream is no problem at all. 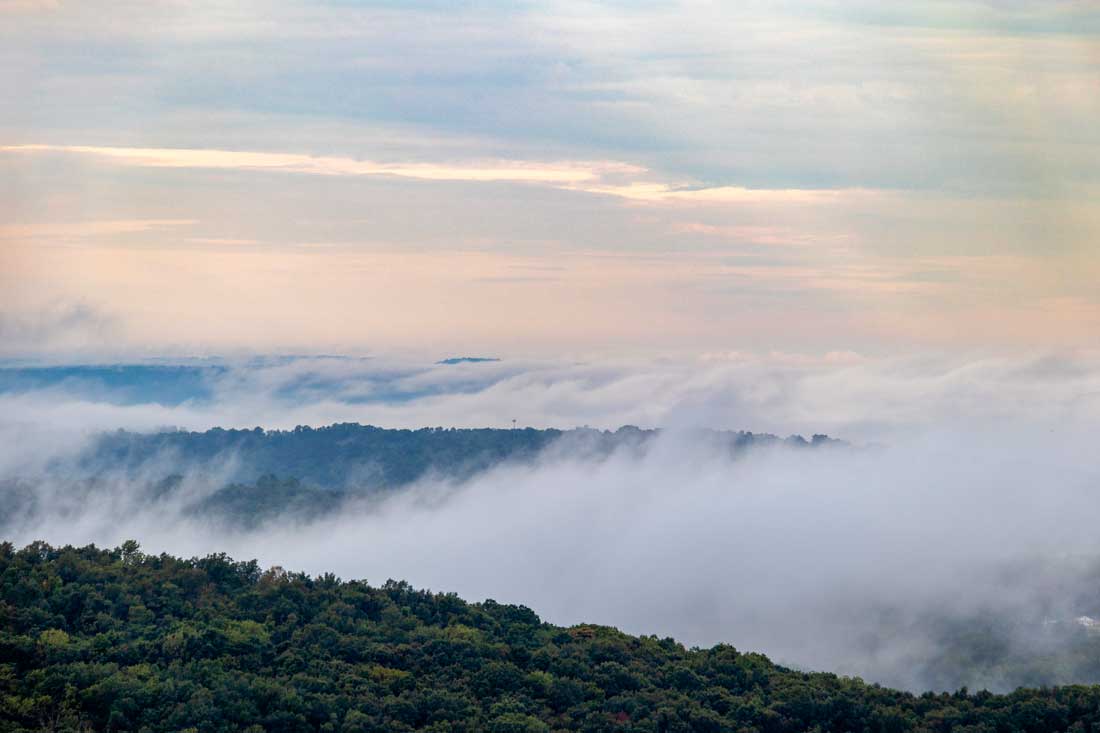 This optional pull off overlook on the way up Bon Air Mountain is worth your time. Its name is in homage to the spectacular sunsets which are easily viewed from this west facing overlook. 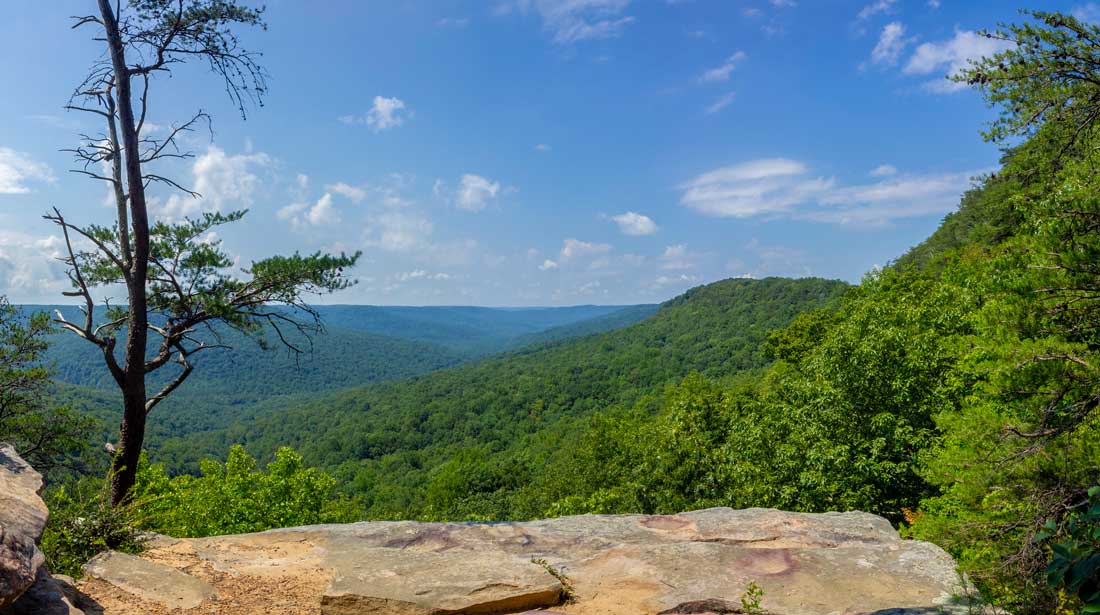 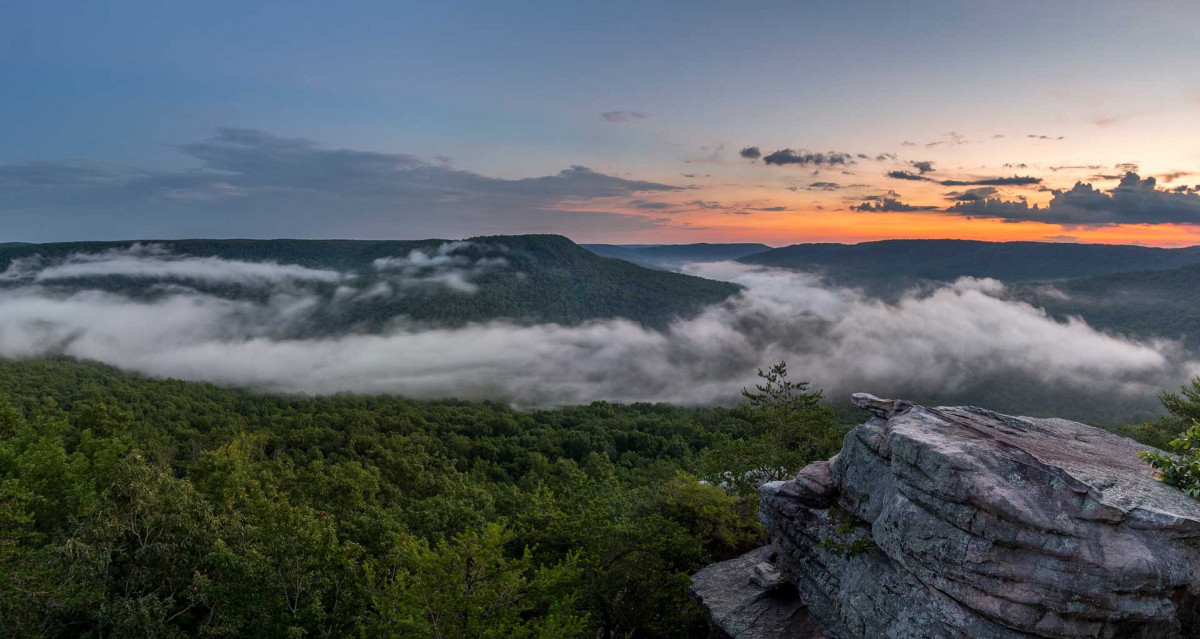 Welch Point is a short walk from the parking area, and widely regarded as the best overlook in Tennessee. Both it and Marthas Pretty Point are west-facing and overlook the pristine wilderness of Scotts Gulf, the gorge formed as the Caney Fork River winds its way off the Cumberland Plateau. Either overlook is an excellent place to catch a sunset, with Welch Point being the easier to access of the two. Be sure to visit in each season; in the fall the gorge explodes with color, and the warm summer evenings often give rise to a river of fog that flows through the valley below. 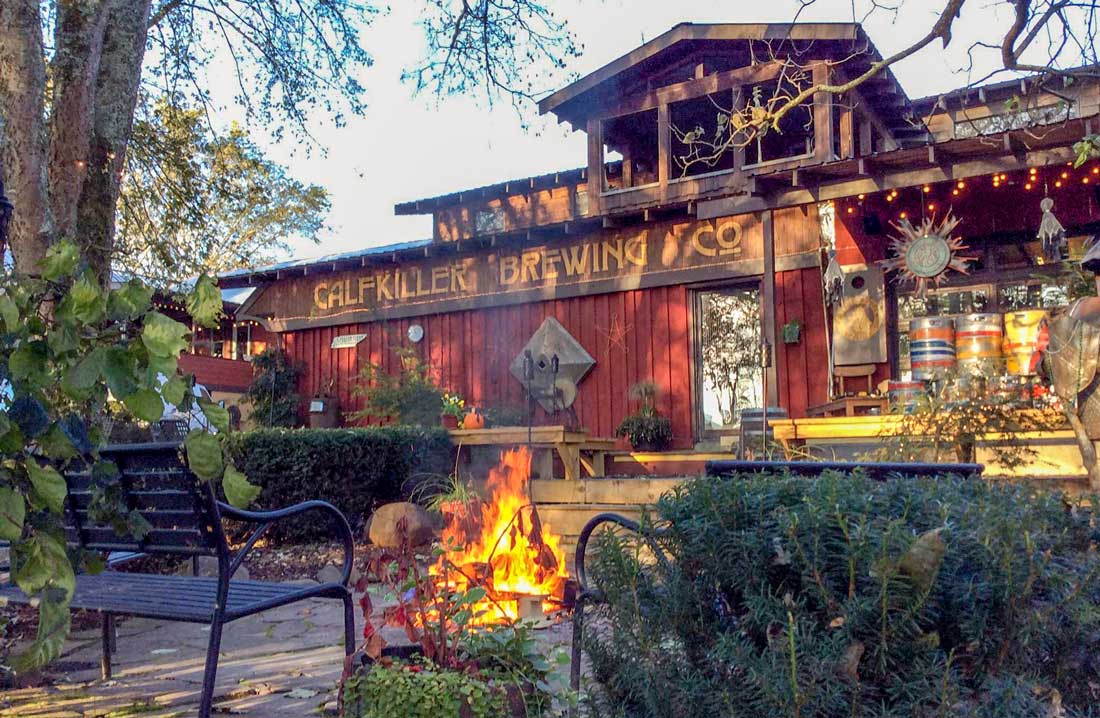 The Sergio brothers were the OG craft brewers in Middle Tennessee. Opening in 2010, these brothers had a vision and business acumen to make their brewery coveted in the craft beer world. They have the rare distinction of also owning their own distribution company, which means they can share their beer far beyond Sparta, which has led to them being a favorite in Nashville, Tennessee. Quirky and clever, each beer has a unique name with a story worth hearing. Their beer remains true to their tagline, “Unparalleled drinkability paradoxically balanced by uncompromised complexity.”

Enjoy sampling their offerings in their newly expanded beer garden. Play cornhole, sit by the fire, and enjoy lunch at one of the many featured food trucks on rotation. A favorite is Good Ol’s Sloppy Top, serving up southern classics with a modern twist, such as homemade pimento cheese and bacon sliders, Tennessee Tacos, featuring fried bologna, red cabbage, baja sauce, and Fritos. Fun fact: Matt Pelham, Owner of Sloppy Top and Don Sergio are old friends and were actually bandmates in The Features, who enjoyed some fame back in the 00’s. They maintain their rock star status but in the craft beer and food truck worlds today.

Featured in this guide